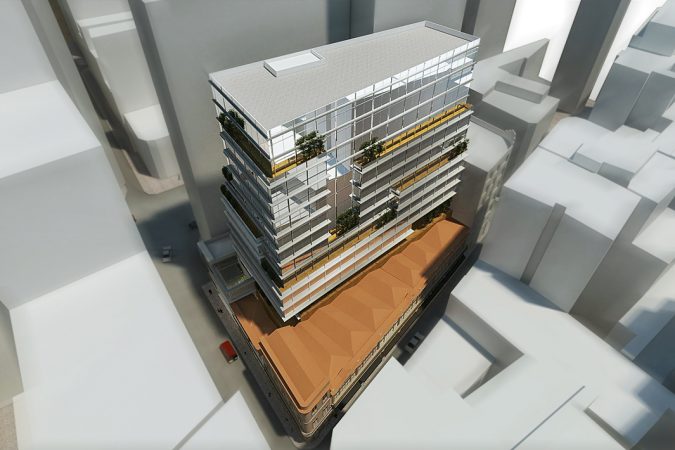 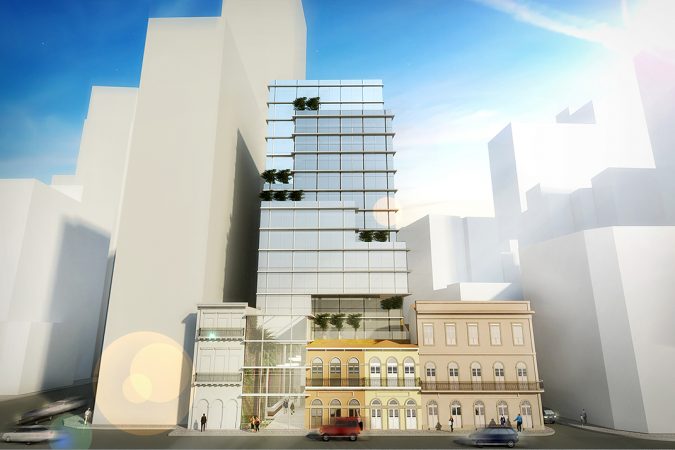 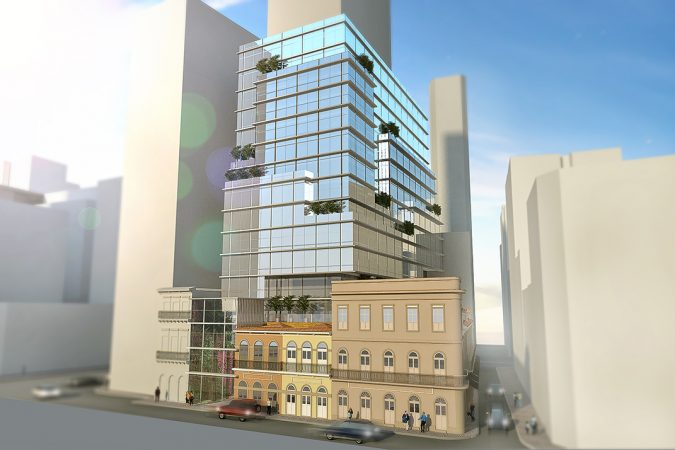 The “carioca” urban scene has its major solidification in its traditional downtown. Buildings are mostly preserved by the responsible institution of the city, keeping in its architecture a dense reserve of Rio de Janeiro’s history.  The biggest challenge is the insertion of a contemporary and sober module into a rich environment, with a thick past but also a great confusion result of an overlapping of built-up plans through successive obscure changes over the years. The architect job consists in an urban seam of this ambiguous atmosphere with an imminent and powerful identity to be rescued. 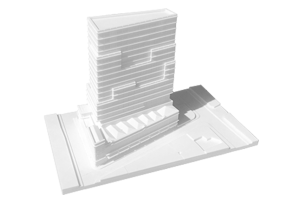 The purpose is, basically, to introduce an office tower with a retail base over a historical block built up with preserved residential constructions, marking the conservation of the existing architecture as project guideline. Therefore, the work proposes this conservation and, consequently, the existing buildings restore and a reunion of the different lots into a unique component, creating the lower levels of the complex, where the retail emerges and the human scale allows the façades observation. 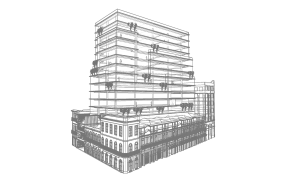 The verticalization of the new contemporary element is developed in the center of the block to smooth the duplicity, establishing a diplomatic architectural relation and a dynamic perception of the city. It is the requalification of the urban space affirming the possibility of these two opposed universes coexist in a single active universe.